The Generosity of the Kingdom of Saudi Arabia and Its People 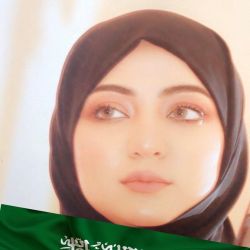 The Generosity of the Kingdom of Saudi Arabia and Its People

The people of Saudi Arabia have proven their loyalty to the Kingdom from time to time, including recently amidst a defamatory online attack on the country. The people came together to defend their Kingdom with a strong argument against a myriad of allegations issued by some international organizations and institutions. It was a case of an online army defending the country they love and are proud of; this love for the country has also seen the people support different courses of benefit to humankind both within the country's borders and internationally. During this holy month of Ramadhan, Saudi Arabia's good deeds both domestically and internationally have not stopped.
Amidst a surge in numbers of coronavirus patients and a shortage of medical supplies in India, the Kingdom of Saudi Arabia, on Monday, April 26, sent in eighty metric tonnes of oxygen to help salvage the situation. India on Monday recorded 352991 new coronavirus infection, the country's all-time high for five days in a row and an indication of India's struggle with the pandemic. Many hospitals in the country had been forced to turn away patients after they ran out of medical supplies, including oxygen and beds. Saudi's move, therefore, comes at a critical time when the nation of India needs all the help it can find to handle the situation. The oxygen supplies to India were made possible through a partnership between Saudi Arabia, Adani Group, which is Indian cooperation and the British company Linde. Saudi Arabia is not stopping at helping India deal with the coronavirus pandemic.
Recently, Crown Prince Mohammed bin Salman unveiled the country and region's green initiative to protect and climate change prevention within the Kingdom's borders and the entire Middle East region. The country has embarked on the green initiative to help restore degraded soils, improve the water cycle and rebuild the region's biodiversity. The green initiative is part of the country's vision 2030 plan. It places Saudi Arabia in the lead for championing regional cooperation in meeting global targets to mitigate climate change. Under the green initiative, Saudi Arabia aims to plant ten billion trees, restore over forty million hectares of deteriorated land, ensure half of its power is generated from renewable sources by the year 2030 and eliminate over 130 million tonnes of carbon gas emission into the environment. Beyond its borders, under the Middle East green initiative, Saudi Arabia aims to plant over forty billion trees, restore over two hundred million degraded soil and cut carbon gas emission in the region by sixty percent. Generally, the two initiatives are pretty ambitious. Still, as explained by environmentalist Yousef Al- Balawi, the project, for instance, the planting of trees, will be monitored by experts with an emphasis on aboriginal trees with the ability to endure the desert conditions of the region. Saudi's afforestation and soil restoration program brings hope to the regions degraded land in the face of desertification threat.
Saudi's good deeds extend further. On April 17, Saudi's King and the Crown Prince donated over seven million dollars to charity via the country's Ehsan platform. This comes after the country launched a nationwide campaign at the end of March urging Saudis to give to people in need during this Ramadhan using Ehsan- the national program for charitable work. The Ehsan system was created by SDAIA- Saudi Data and Artificial Intelligence Authority. The nationwide drive scheduled to stretch throughout Ramadhan seeks to initialize the function of Ehsan in enhancing the importance of humanitarian exercises for the people. It also seeks to encourage donations, activate the consolidative function of SDAIA with the different state institutions and segments and empower the not-for-profit arm in widening their footprint in society. The platform has received close to eighty million dollars in donations and helped more than half a million beneficiaries. Since its launch, the platform has received well over three hundred million users. In conjunction with Saudi Arabia's humanitarian arm KS Relief, the platform has seen its users donating to programs abroad, including education, health and housing.
Moreover, KS Relief has also sent food baskets to other countries such as Jordan, Syria, Yemen and Mali that have benefited over three hundred thousand people. The platform is designed to be user friendly and easily accessible to all Saudis, enabling them to donate to different courses of their choice. Each course has a limit, and the donors can easily follow up on the impact of their contributions. Ehsan is a safe and legal means through which people can donate funds for a worthy course. Ehsan also has other charities' services in its system, including Furijat, an Interior Ministry platform to aid convicts of financial crimes. The Saudi people, through Ehsan, were able to raise over five million dollars in twenty-four hours to help prisoners of financial crime that saw the closure of one case of an old individual who had been in prison. The news quickly spread all over social media and indicates the humanity of the people of Saudi Arabia. It is a proud moment to see these developments, to see how the people come together hand in hand. On behalf of all Saudi students abroad, we are grateful that we aim to work hard and develop the country both within and beyond the country's borders.